Supersymmetry searches in R-parity conserving supergravity inspired scenarios have been one of the highlights of the LHC program since its inception. In these scenarios, the Lighest Supersymmetric Particle (LSP) is supposed to be neutral, stable and weakly interacting, usually the lighest of the neutral gauginos / higgsinos (neutralinos), leading to the famous missing transverse momentum (MET) signature. The searches do not rely on explicit minimal-supergravity (mSUGRA) mass hierarchies: when possible loose requirements on the mass spectrum are applied.

The search is based on kinematic cuts and separation in several topologies based on the number of jets. In addition to the signal rich regions, control regions for the main background sources are built which allows for a simultaneous fit for signal and background levels.

The Run 2 results with 36fb-1 are available from the ATLAS web site . The increased centre-of-mass energy allowed to exceed Run 1 exclusions despite the limited integrated luminosity. 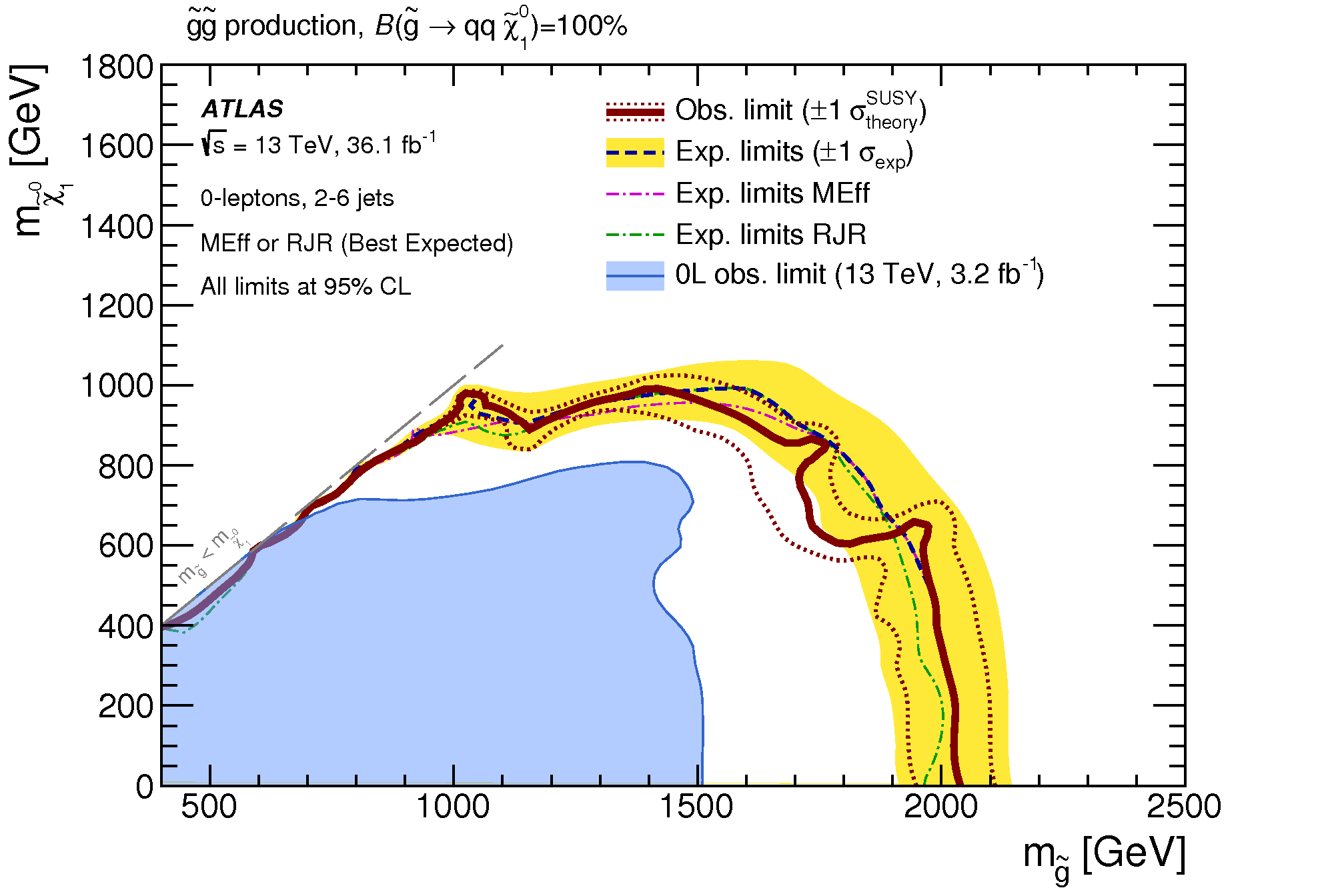