Most Supersymmetry searches in Run I lead to interpretations either in a sub-space of very constrained SUSY models like the Constrained MSSM (aka MSUGRA) or in « simplified models » (where a handful of SUSY particles are accessible at the LHC and the others decoupled).

After the end of Run I, ATLAS decide to re-interpret a number of its SUSY searches, some Higgs searches and external constraints in a scan of a the 19-parameters phenomenological MSSM which should represent well the variety of minimal SUSY models with neutralino LSP.

As expected the jets and missing transverse momentum search is the most powerful ATLAS search in this re-interpretation and members of the group have taken a leading role in the analysis. 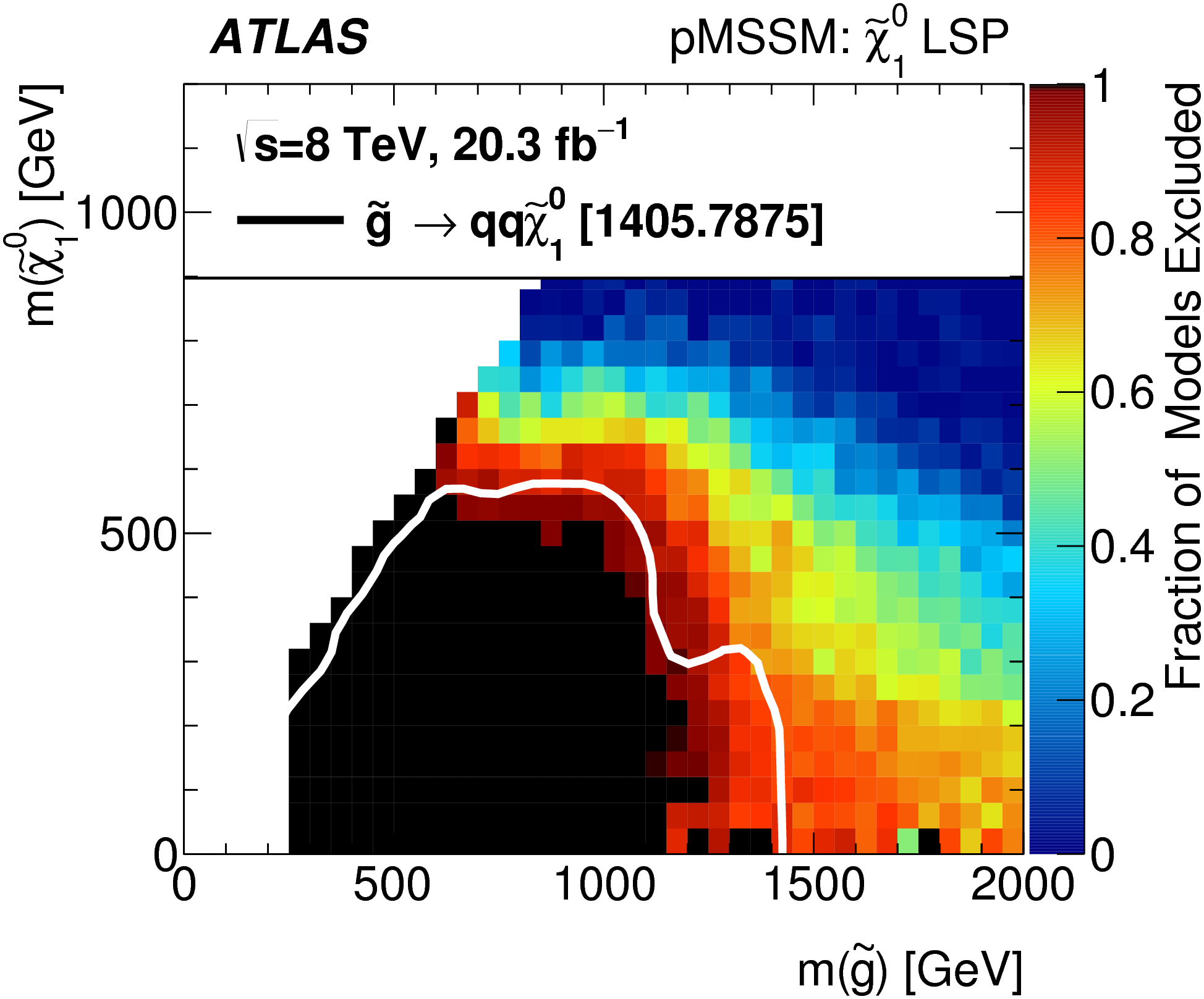 Fraction of models pMSSM models excluded in the gluino mass – neutralino mass plane. The white line show the mass limit in a simplified model where only these SUSY particles are accessible at the LHC.